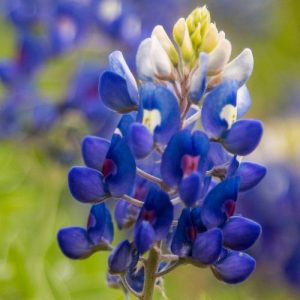 The bluebonnet is the state flower of Texas and adopted by legislature in 1901. Named for its color and, it is said, the resemblance of its petal to a woman’s sunbonnet.

It blooms in the early spring and can be readily found in fields and along the roadsides throughout central and south Texas. Scientifically named Lupinus texensis, the bluebonnet is also called buffalo clover, wolf flower, and (by the Mexicans) el conejo.