Origin of State Name:  The land was officially named New Jersey after the Isle of Jersey in the English Channel. Carteret had been governor of the Isle of Jersey. Berkeley and Carteret sold the land at low prices and allowed the settlers to have political and religious freedom.

Bordering States: The State of New Jersey has 3 neighbors namely, Delaware, New York and Pennsylvania. | List of US Regions

Famous People:   Find out all the information about the famous people born in New Jersey

Flag:  The State flag of New Jersey is buff colored. The state coat of arms is emblazoned in the center. The shield has three plows with a horse’s head above it. Two women represent the goddesses of Liberty and Agriculture. A ribbon at the bottom includes the year of independence in 1776 and reads: Liberty and Prosperity. The New Jersey state flag was formally adopted in 1896. Get this Flag 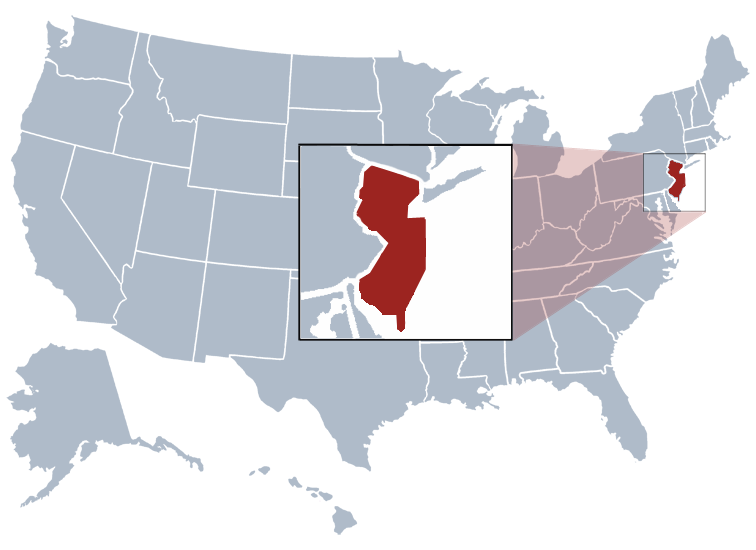 Blank Outline Maps: Find printable blank map of the State of New Jersey , without names, so you can quiz yourself on important locations, abbreviations, or state capital.

Vital Records: Find out all the information about the vital records for the state of New Jersey